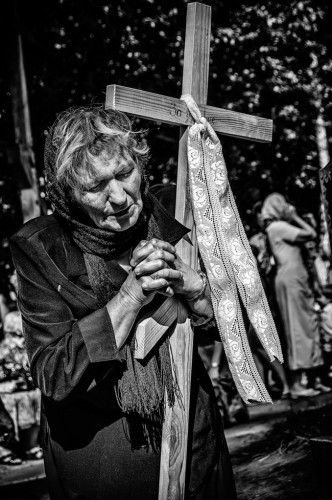 Every year in August,members of the Polish Orthodox congregation come to the Holy Mountain of Grabarka in Eastern Poland for the biggest feast in summer time, which is The Spas (Day of Transfiguration of the Saviour). Since hundreds of years, people traveled to Grabarka by car, bike, canoe, bus, train and on foot. This walking form of pilgrimage is probably the most challenging and yet the most remembered.Young and old,fit and ill;pilgrims from all walks of life carrying their prayers,hopes and wishes to the Holy Mountain,covering daily from twenty to thirty miles.Each group of pilgrims vary every year, from handful to hundreds of people.Groups are very well organized,equipped with medical van 24h at their service and reliable security care.Each night pilgrims are staying in different village or town on their way and each night they have food and shelter offered by locals,who treat pilgrims in their houses as blessing from God.Many friendships are made that way and many memories live long time after.First time I've decided to walk and document the pilgrimage in August 2012 and I've stayed with the biggest group of pilgrims from Bialystok city,which remain my group the year after. Each year the route, distance and amount of pilgrims varied.Sadly, this beautiful tradition is slowly fading away. I have decided to document the event from inside out and for me it has been a very personal project. I was born in the region to an ethnic minority family and I feel strong connection with my small community living in this part of Poland.This work is a small tribute to my people and land. This project was the winner of Black & White Photography magazine UK 2015 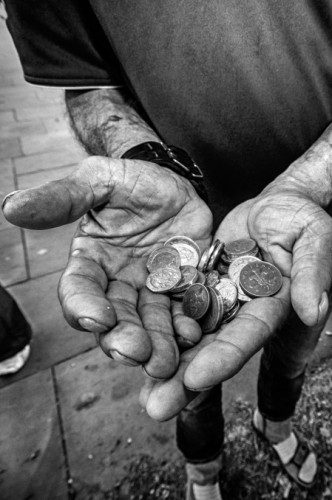 UNDER THE NAKED SKY

London's prestigious Park Lane was always associated with high profile people, five star hotels, expensive cars and fabulous view over the Hyde Park. This view has changed since the large group of Roma gypsy people choose this spot for camping. They are living and begging here.In heart of wealthy British capital. 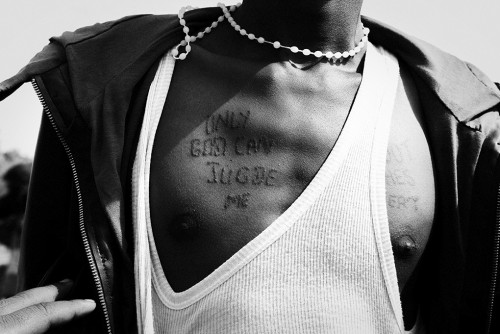 Only God can judge me

Refugees from Afghanistan, Syria, Sudan, and Eritrea steadily descend on a migrant camp in the French coastal town of Calais. They hope to gain entry to the UK, just 21 miles away across the English Channel. Their presence has become a thorny political issue in France and UK. For many of those in Calais, the risks, which include suffocation in the backs of trucks, falling from moving vehicles and violence in migrant camps, are worth taking for a chance of entering the British system. First time I went to document the life of migrants in French port of Calais in December 2014. It was estimated 3,000 refugees living there in makeshift camps across the area in harsh winter conditions typically without proper sanitary or washing facilities and accommodation consisting of tents and improvised shelters. Food was supplied by charity soup kitchens. The French authorities have faced a dilemma of the need to address a humanitarian crisis without making conditions so attractive that more migrants arrive. In July 2015 I went to see migrants for the second time. The previous Jungle was demolished and migrants moved to across the road to set up another camp. This jungle for the first time had showers, electricity and toilets, plus one hot meal served per day, but without proper accommodation. The camps themselves are also dangerous, particularly for women, with a volatile mix of desperate young men of different nationalities, drinking, and violence. In January 2015, the French government opened the Jules Ferry day centre for migrants at Calais, in a former children’s holiday camp. It provides overnight accommodation for 600 women and children but does not accept men. There are now 5,000 migrants in Calais, the French authorities estimate. 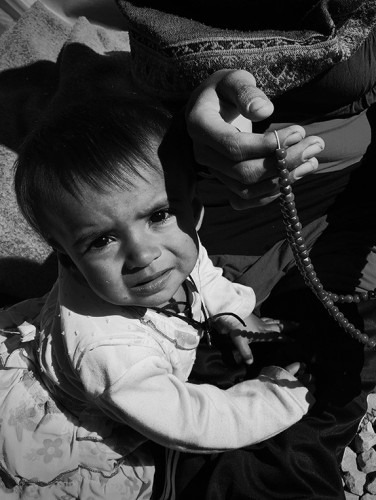 More than one million people fleeing conflict poured into Europe, mainly through Greece, last year. The number of children on the move in Europe has been rising and children now account for more than one-third of all refugees and migrants – compared with just one in 10 in June 2015 – and many are travelling alone, according to UNICEF figures. Some 10,000 refugees and migrants remain camped out at an informal site at Greece's northern border with the Former Yugoslav Republic of Macedonia. The makeshift home is also home to an estimated 4,000 children, the majority of whom are under the age of five. Doctors warn conditions in the camp are becoming dangerous for children. At least 10,000 unaccompanied child refugees have disappeared after arriving in Europe, EUROPOL claims in a recent report and many are feared to have fallen into the hands of organised trafficking networks. 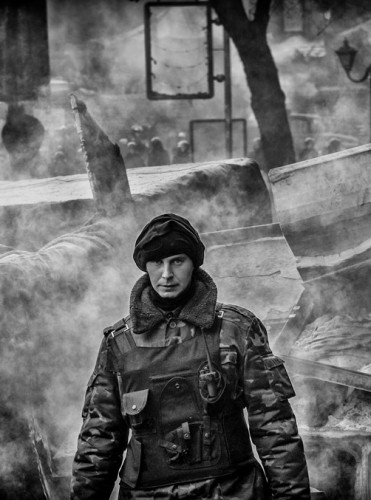 The Ukrainian revolution of 2014 took place in Ukraine in February 2014, when a series of violent events involving protesters, riot police, and unknown shooters in the capital, Kiev culminated in the ousting of the elected Ukrainian President, Viktor Yanukovych, and the overthrow of the Ukrainian Government. After the first day of clashes, 26 people were reported dead: 16 protesters and 10 police officers. Those hospitalised included three minors, five journalists, and 79 police officers. On 21 February, President Yanukovych and Parliament declared 22 and 23 February to be days of mourning "due to the loss of human life as a result of mass disturbances".Yanukovych's whereabouts were unknown.